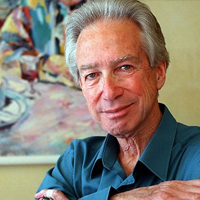 The late Premier, Don Dunstan's leadership brought Adelaide its most halcyon period in which it led the nation in cultural endeavour, arts and  socialist politics.

Don Dunstan is fondly recalled throughout Australia for the enlightenment he vested upon his State - and by extension, the nation.

From stage to sage, he was one of the most effective performers - and his love for the arts from the culinary to the thespian and the infrastructure he provided will always endow the arts in SA.